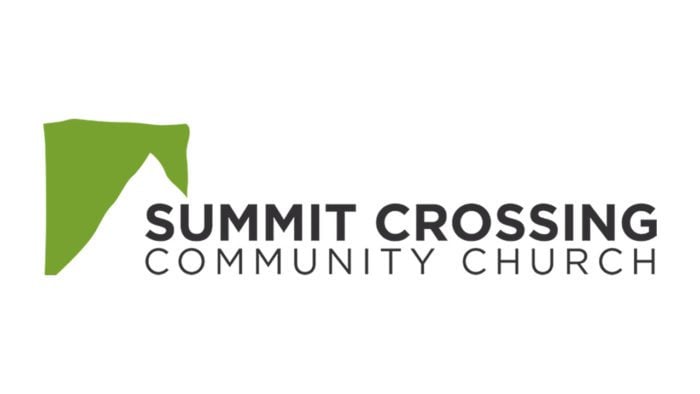 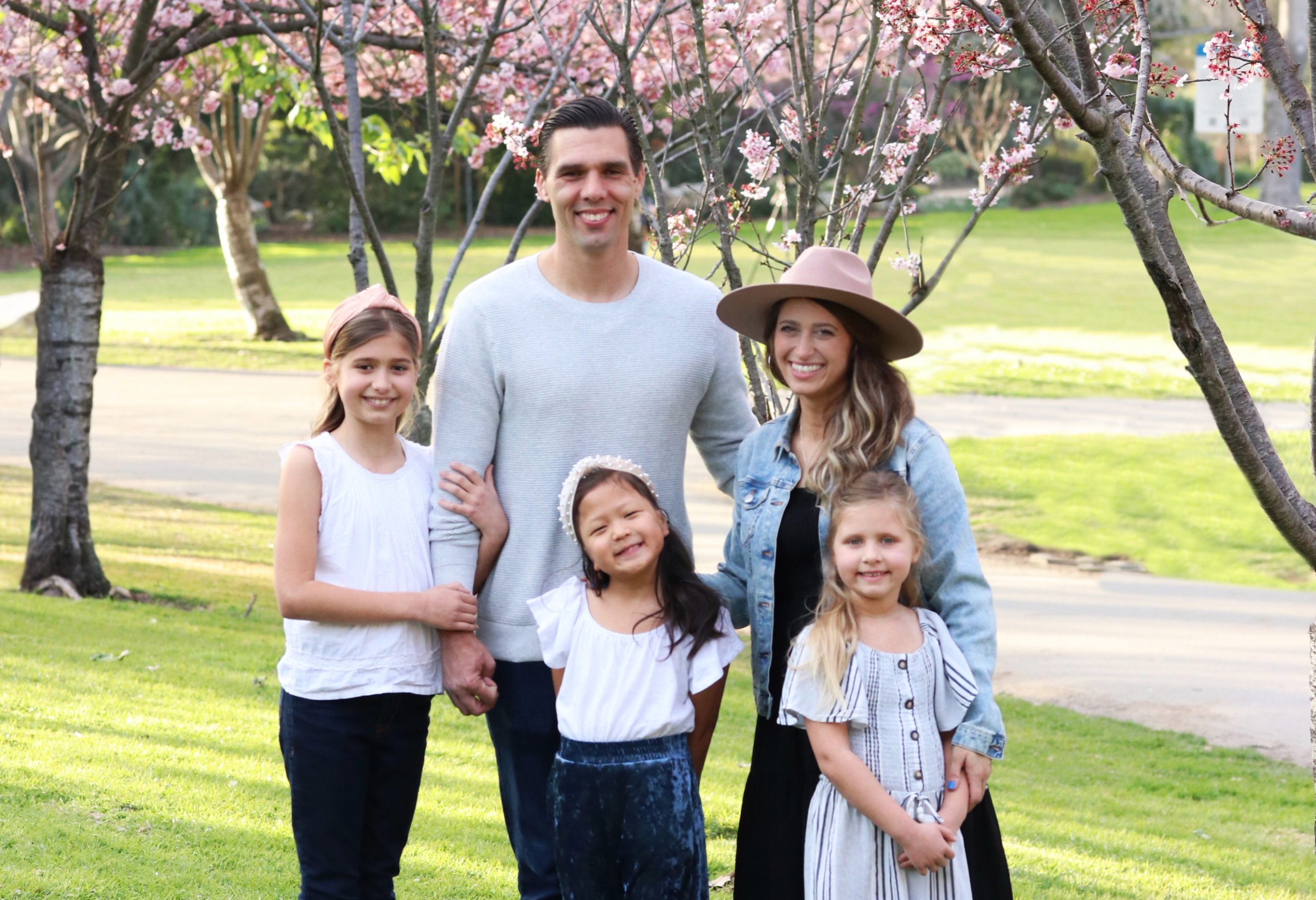 When the wind blows ferociously or the waves batter relentlessly, the roots of a plant are what firmly grasp the soil and anchor it in place. The same is true in the lives of believers. When circumstances toss Christians around, their roots in Christ will be tested.

Scarlet Hiltibidal knows this truth intimately. As a child, the unexpected divorce of her parents opened the door traumatically for fear and anxiety to permeate her life—from spiders to plane rides to food to acceptance to cancer to adoption. Having grown up knowing Jesus and with heavy involvement in the local church, Scarlet knew what Jesus had done for her. Nevertheless, it was only at the point when she accepted that she could do nothing without Him that her roots began diving deeper into the gospel. Her journey into adoption tells the story of this truth with tremendous clarity.

Adoption first played a role in Scarlet’s life as a young child. After her parents’ divorce and a strained relationship with her father shook her young world, Scarlet was introduced to a man who would love her family faithfully, like Christ. This man, Paul, married Scarlet’s mother and legally adopted Scarlet as one of his own when she was eight years old. And that’s exactly what she was—a daughter, fully and completely. But, her personal experience could not drown out the fear she carried of personally pursuing adoption with her own family.

When Scarlet married Brandon Hiltibidal, she knew he had wanted to adopt since he became a Christ-follower at 18 years old. At that time, Brandon internalized the message of adoption in the gospel—that believers are adopted by Christ into the family of God. From that moment, God put a desire in his heart to adopt a child one day. But, Scarlet’s emotions about adoption were wrapped in fear: fear of the unknown, fear of “horror” stories she had heard, fear of disrupting her family, fear of everything. She told Brandon, “I can’t do this.” Although Scarlet was hesitant, Brandon prayed and waited.

Slowly, God began to move in her life in multiple ways to change her heart toward His call. First, God was working on her personal attempts at control and perfection. She recalls, “The Lord was teaching me how to have joy and peace by taking my eyes off of what I could do in my own goodness and my own efforts to be approved and reminded me that it’s all about Him. It’s all about what He’s done.”

Second, as Scarlet saw more and more adoptive families, especially her cousin’s family, the paralyzing fear began to subside. “Everywhere I went, I would be confronted with international adoptions, specifically, and it lost its scariness when I saw normal people doing life, laughing, crying, sometimes being happy, and sometimes being sad.” She was encouraged that the families she saw weren’t some kind of super-Christians; they were just typical, obedient Christians who depended on God.

Finally, God brought all the pieces together as Scarlet was driving in the car one random day with her two daughters: Ever, age five, and Brooklyn (called Dewy), age one. While Scarlet was thinking about laundry detergent, Ever began a pensive conversation, expressing her childlike gratefulness for having a mom and dad and a comfortable bed instead of the cold, hard cribs she had seen in their cousin’s pictures of an orphanage. As Scarlet began to explain how the gospel calls us to care for others through the strength God has given us, her heart was immediately broken by her own words. She describes the moment as a “very supernatural moment where I started sobbing, and I suddenly was not fearful.” She called Brandon with the news that she wanted to pursue adoption. Together, they felt called to a little girl with deafness from China. After calling a few agencies and receiving recommendations from other adoptive families, they felt at home with Lifeline and began the process. Scarlet knew that adoption wasn’t something she could do on her own. She knew that dependence upon God was imperative to the process. So, depend upon Him she did. He had provided tremendously for their family in ways like financial assistance and six months of free, one-on-one, college-level sign language classes from a local interpreting agency. She describes that time as one of extraordinary peace, “I had so many genuine faith-building experiences of God providing. We were living in this obedience that forced me into dependency and this sweet, sweet time of just peace. I thought this might be the hardest thing ever, but God is the one orchestrating this and I’m going to trust Him.” Subconsciously, though, her dependence became a source of pride.

“All this stuff we were trained not to do in our heads. I was just kind of doing,” she confesses. Despite all she had heard and read to the contrary, Scarlet admits that she thought their experience would be different. She “was just going to love” and believed that love would be sufficient to carry them smoothly through the attachment journey. However, when they met their almost four-year-old daughter, Joy, in China, Scarlet’s confidence unraveled in the face of reality. She began a season in which attachment was difficult, her compassion and patience wore thin in the face of challenging behaviors, and she found herself occupied with what she describes as “anger at myself” for not being what her child needed. Scarlet felt like many adoptive parents—the worst. Even though parents understand that behaviors accompanying trauma were learned out of necessity, dealing with those behaviors is difficult, and they can pull out the worst in a parent. She recalls those early emotions as a new adoptive parent as a juxtaposition to the transformation that was happening in her child, “You’re witnessing this miracle. This child needs you to be joyful and loving. Why are you the worst? That’s the monologue that was in my head all the time.” There was nothing she could do on her own to fix any situation; there was no more room for pride.

Recognizing her insufficiency was good news to Scarlet. It freed her from the need to strive in the strength of her own efforts. Only God could change hearts. Only God could restore her joy. Only God could give her patience and compassion in the midst of hard days. Therefore, she needed to remind herself of her need for the gospel, and she also needed the godly wisdom and counsel of others to guide her in practical adjustments.

Scarlet explains, “You need to bring these things into the light and not in a way that celebrates how we are the worst. Everyone’s the worst. We’re normal. Yes, there’s comfort in realizing that you’re not the only one. It’s normal, but it’s still sin to not have compassion when your child needs it.” She paraphrases Paul in Romans 6:1, “Does [being normal] mean we should go on sinning so grace can abound? By no means!” Scarlet surrounded herself with others who could help her put the gospel into practice: “I think the key to getting me to a place of peace and joy was not to pretend it didn’t exist, not to hide it, but to bring it up to my close, trusted Christian friends, a Christian counselor, and my husband.”

By shedding light on the truth of her situation, she cleared out the weeds of shame for new growth. Just like with children, a parent’s heart and behavior take time and work to change as well. When she would find herself frustrated or discouraged, she began to ask herself, “What do I need to do in this situation?” The first reaction was to repent, ask forgiveness, and point her children to Jesus, who is the perfect parent. Then, she examined what practical steps she needed to take to direct her own mind and heart toward the peace of Christ: Did she need a break? Did she need to get a babysitter? Did she need to meet with a small group of women for Bible study? Did she need to focus on gratitude? Scarlet encourages parents to consider what will help engage their spiritual heart in their day-to-day world—exercise, singing, Bible study, a coffee break—whatever will help set a parent’s heart and mind in the right frame spiritually.

Adoptive and foster parents choose to love a child who knew a life before their family. For Scarlet, like numerous adoptive parents, fusing the choice to love with the security of attachment was a slow season of seeking Christ, deepening in the truth of the gospel, and doing the necessary hard work. Slowly, through the supernatural work of God, progress began to peek through the dark. She is in awe of the work God did in her and Joy’s life, “It’s a really beautiful thing when the Lord gives you this supernatural love for each other. You were strangers, and then you become mother and daughter. Wow! God made us a family, and it is the most amazing gift.”

The miracles didn’t stop with Scarlet or with the incredible holistic progress Joy has made. God has been working through the entire Hiltibidal family through the adoption of Joy. Born without ears and profoundly deaf, Joy was non-verbal when they met her. Now, through the help of doctors and surgeons, Joy has ears. Through therapists and others, Joy can now communicate through sign language as she voices words. Because ASL (American Sign Language) is her primary means of communication, Ever, the eldest Hiltibidal daughter who is now 11 years old, began leading voluntary sign language classes at their Classical Conversations Co-op. Many students have joined in so that they can learn to communicate with Joy and others through ASL.

Scarlet doesn’t attribute any of her family’s growth to herself but to the faithful lovingkindness of God. That’s why she desires to keep using her “worst-ness” to point them to Christ. Even in the difficult questions about why God’s plan may include suffering and challenges, Scarlet points her children to the gospel because only Christ can bring what answers cannot—peace, life, and hope.

To point children to Christ means that parents are rooted in Him first. Scarlet emphasizes that children will absorb what you do and say. Although parents cannot ensure their children will follow Christ, they can plant spiritual seeds through their own relationship with the Lord and in some practical ways.

Scarlet suggests the following as a starting place to put Deuteronomy 6:6-9 into practice:

From her own experiences, Scarlet recognizes that parents have the best intentions, but they fail in the worst ways. However, these imperfections open doors to dig her roots deeper into Christ and to point herself and her children to Jesus through her own need for Him. With her roots in the gospel, she will not be uprooted when winds storm around her.