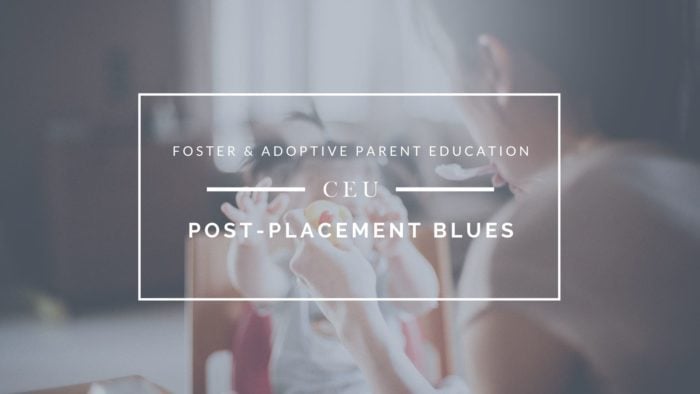 She found out the night before it happened. After spending her entire life with her foster grandparents, she was being sent to an orphanage. A decision by local authorities to pull kids from foster homes and put them in a new orphanage meant her foster grandparents had no say in the matter, especially since they were too old to adopt her. At the gates of the orphanage, FuYongLi was forced to say goodbye to the only family she’d ever known, and a dorm of 70 teenaged girls became her new home.

Not long after FuYongLi’s traumatic uprooting, Dr. Jennifer Chambers visited that same orphanage on one of her many medical trips to China. She saw FuYongLi from across the room, and something stirred in her heart. Jennifer made two more trips to this particular orphanage, spending only a few minutes with FuYongLi each time, but she heard the Lord speak, “She’s your daughter.”

The mother of Chinese twins and a physician at the International Adoption Clinic in Birmingham, Jennifer was seasoned in the challenges of international adoption. But FuYongLi was older, and her story was traumatic. Would she accept their family’s love? Would her girls, Lily and Kate, be up to the challenge of loving a new sister, whether or not she loved them in return?

Jennifer and her husband, Phil, felt the Lord’s call and began to pursue FuYongLi. Because she was older than ten, she had a choice as to whether or not she wanted to be adopted. Her initial thought was, “No way.” With no adults guiding her, she was at the mercy of false information the older girls in the orphanage told her. “They’ll sell your organs,” the girls said. “They’ll dye your hair white and your eyes blue.” FuYongLi was terrified.

Thankfully, a psychologist spent some time with FuYongLi and was able to tell her the truth about the family who wanted to adopt her. She gave a tentative “Yes,” and the Chambers traveled to China to bring their daughter home.

The two weeks they spent together in China were rough. Even though FuYongLi gave her consent, she was afraid. She was once again being taken away from what she knew, and her past and present trauma presented as anger. She wanted nothing to do with her new family. She wouldn’t walk with them or sit next to them. She lashed out and ran and hid from them. Even though her mind knew she wanted a family, her body and emotions were in complete dysregulation. She fought their every effort to connect with her. She had been hurt once; she didn’t want to be hurt again. After several excruciating days, the Chambers flew home to America, now as a shaky family of five.

The struggle was only beginning.

FuYongLi continued to reject her new family and lash out in anger. She says, “I had to work through my sadness. I was away from China, my home, my foster family, and my friends that I just made in the new orphanage. America was a new country. My parents were white. That was hard. The language and culture were so different. Basically, everything was new. This made me feel alone and depressed and closed up. I felt that I had no one that I could trust. I had to work through anger. There were a lot of misunderstandings that made me angry.”

This huge life change was hard on everyone, including Lily and Kate. “I wanted a sister that I could love and that would love me, and it didn’t seem like she had any intentions of loving me back,” Lily says. “So it was very hard to accept her as a sister. Understanding that she was here forever and that this wasn’t temporary was difficult. It was hard to see my family in pain.”

Every day, Jennifer, Phil, Lily, and Kate had a choice: Stay calm and patient, or give in and lash out when FuYongLi acted out of fear-driven anger. They fought to consistently choose patience. “Patience and empathy run out,” Jennifer says. “When I felt my stress level rising, I would call a friend who I knew would understand, and that friend would remind me of what FuYongLi had been through, and was still going through. Their perspective would fill me back up with patience and empathy, so I could extend it once again. So I could let her know, ‘You’re not too much for me.’” Phil and Jennifer would also tag team. When one of them would be tempted to get angry, the other would step in with patience.

Because FuYongLi wouldn’t let her new family near her, let alone touch her, they looked for alternative ways to show affection. “I would cook for her, because we discovered that serving her Chinese food provided a connection,” Jennifer says. “When I served her rice, I thought of it as giving her a hug.” The family also played games and listened to music together, and counted it a victory when she was willing to participate.

After months of consistent care and patience, FuYongLi slowly began to see her new family as friends. She told them, “How I’m acting isn’t who I really am or who I want to be.”

“I just felt so stuck,” says FuYongLi, “ but I didn’t even know that I was stuck. I was just trying to get through the day. It took a while for me to want help from others. I didn’t see the need for it. Now I do, because I can see that God made us to be in relationship. My family told me that over and over and I didn’t want to accept it. I finally just got lonely enough to realize I couldn’t help myself. You can get through it on your own, but it is not the same without a family.”

Five years down the road, life is very different at the Chambers house. Jennifer says, “We’re super close. All that we’ve gone through has made us closer than most daughters and mothers. Not only do we love each other, we like each other. She comes to me with daughter questions. She’s excited to see me after school. She likes to snuggle. When she can’t make a decision she says, ‘Mom, you decide. I trust you.’ Shame is real, so I constantly remind her that none of the anger she experienced was her fault. I tell her, ‘This now, this is who you are. Who God meant you to be. Who you’ve been all along. It was just hidden under fear.’”

FuYongLi is 16 now, and loves to work alongside her mom at the International Adoption Clinic. She gets really excited when she finds out that parents have said yes to adopting an older child, or a child from a hard place. She feels peace knowing that other kids are being adopted.

It’s been a long, hard road. They weren’t sure they would ever get to the other side. But because they have been loved by a Love that will not let them go, the Chambers family is a living example of Jesus’ unstoppable love: A love that pursues, redeems, and restores, no matter how hard, and no matter how long it takes.