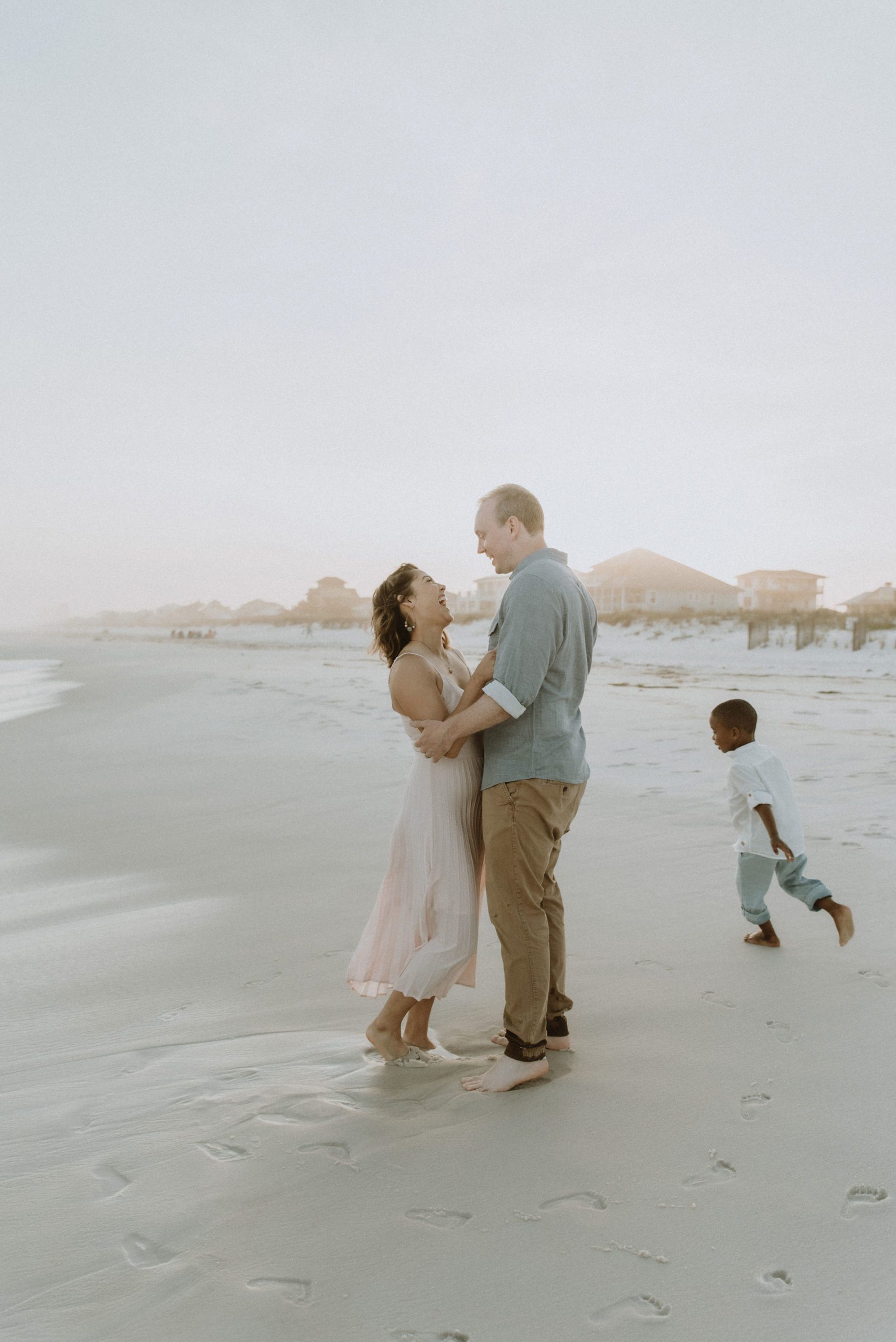 Cliff and Megan Sims have been married for 11 years. Their desire to grow their family ultimately led them to pursue international adoption. In September 2020, the Sims traveled to Colombia to bring home their three-year-old son, Shepherd (Shep).

Before bringing Shep home, Cliff and Megan experienced the uncertainty that adoption can bring. They did not know how their story would proceed or end, and Cliff captured those emotions by writing a few song sentences. “The song begins with the helpless — but hopeful — feeling of wanting a son but not knowing who he was, or even where he was, or if it would end up being in God’s plan for us at all,” Cliff describes.

The uncertainties of their process would continue as the world faced a pandemic caused by COVID-19 in the beginning months of 2020. Introducing shutdowns and long waits, the pandemic made the lengthy process for adoption even longer. Nevertheless, Cliff describes how COVID was part of God’s sovereignty in their story: “We were fortunate that travel between Colombia and the United States was not completely shut down. But flights were harder to book. The courts were backed up with cases. Passport appointments were tough to come by. We had to quarantine for two weeks when we first got to the country. But in hindsight, God’s timing was perfect. The adoption process is full of uncertainties that force you to let go of our false sense of being in control and trust that God is working it all out. If you’re being called to adopt, take that step in faith with the certainty that God has proven himself to be trustworthy to bring his perfect plan to fruition.”

It was their trust in God’s plan for their lives and His heart for adoption that continued to fuel the Sims’ tenacity in this long process. Cliff and Megan’s foundational understanding of adoption was and is rooted in the gospel. This belief pointed Cliff and Megan toward adoption not only as a way to grow their family but also to be part of God’s work in the world. Spiritual and physical adoption are themes of the Bible, Cliff notes. He explains that “the doctrine of adoption is at the heart of the gospel.” However, Cliff and Megan understand that “adoptive parents aren’t our kids’ ‘saviors.’ Instead, they see adoption as “the extraordinary opportunity” to be part of a child’s story by being part of “God’s sovereign will for their lives, for His glory.”

Being part of God’s plan does not mean the path will be easy. Cliff and Megan have “learned a lot about the psychological, emotional and physiological impacts that trauma has on children, and what that means for us as adoptive parents.” There is much redemption and healing in adoption, but getting there can be a difficult path. Balancing the hard with the joyful gives a beautiful picture of how God has put adoption as His tool to mend hearts in a broken world. Cliff recalls the times when Shep, “unprompted, [will] say, ‘I love you, Mommy,’ or ‘Can I have a hug, Daddy?’ and all the frustrations melt away in an instant.” Noting the incredible progress made in their family over the last year, Cliff explains that adoption has been “both incredibly hard and totally worth it.”

Thinking through the adoption process and the last year at home, Cliff reflects on their relationship with Lifeline as part of the means God used to not only facilitate their adoption but to walk with them through the tough days—in the past, present, and future. He states, “Adoption can be a rollercoaster ride of emotions, so it was great having experienced people with us on the ride–reassuring us when necessary, helping us understand what to expect at every step of the process, and navigating the uncertainty that the pandemic added to everything. Members of the Lifeline team were total pros, but they also became really good friends, and we’re forever grateful for the role they played in bringing our family together.”

Through this process, Cliff’s song changed from one of helplessness to one of pure joy at the adoption of Shep. He has now completed and recorded the song as a way to capture the truth that “God’s plan is perfect and it’s enough. Pain, loss, and brokenness are a part of every adoption story. But that’s not the end of the story.” Furthermore, he wants their story to focus on God’s character and plan, not what their family can bring to a child. Cliff explains that the meaning of the song is not that their family is “so great that [Shep] won’t ever care about the history and circumstances that led to this moment.” Instead, Cliff wants to emphasize that “God’s plan really is so great that you’ll be able to see that He’s working all things—even the difficult things—together for your good and for His glory.”

Cliff’s song, “U, Ur Mom & Me,” is available on all major streaming platforms. The song’s release is also accompanied by a “story behind the song” video and an official lyric video.