As we journey through each day of the Advent season, we’ve gathered special stories from Lifeline families, staff, and friends to share with you, testifying to how the hand of the Lord and the Character of Christ have been magnified through their children and in their families…

In an orphanage in Addis Ababa, Ethiopia, a 6-year-old boy and his 2-year-old brother were united with a Mommy and Daddy forever. It was a hard day. There were many introductions, countless goodbyes, some tears, lots of excitement, confusing emotions (for all of us!) and we began an unending game of lack-of-language charades.

We asked them to be a part of our family, to take our name… two sons were adopted that day. A family was created.

In Newtown, CT, a school shooting took the lives of 28 and scarred the lives of countless more. It was a hard day. But 838 miles away, the Lord was working in the heart of a 9-year-old boy. He had been drawing him closer and closer and this horrendous event solidified so many things for him, making him realize his sin and incredible need for a relationship with Christ.

With the faith of a child, Charlie asked Jesus to come live in his heart that night.  He accepted that invitation that had been extended to him to be adopted in Christ, to become a part of the family of Christ forever. He took the name of Christ. He became part of the family.

Adopted by an earthly father. Adopted by his heavenly Father.

As we come upon the 2 year anniversary of this, I get chills just recounting these events. I often overlooked the parallels of adoption in scripture and real life until I was living that life. But now that I’m IN it, now that it’s DAILY life… it’s hard to ignore something so incredible. How the Lord orchestrated bringing each of our children into our family… then watching Him draw them to Himself… one by one.

It’s really nothing short of a miracle. How beautiful the picture of physical and spiritual adoption, our needs met, no matter how unworthy we are.

And I’m getting a front row seat to both.

“…even as He chose us in Him before the foundation of the world, that we should be holy and blameless before him. In love He predestined us for adoption as sons through Jesus Christ, according to the purpose of his will.” Ephesians 1:4-5

Thank you Jesus for adoption. 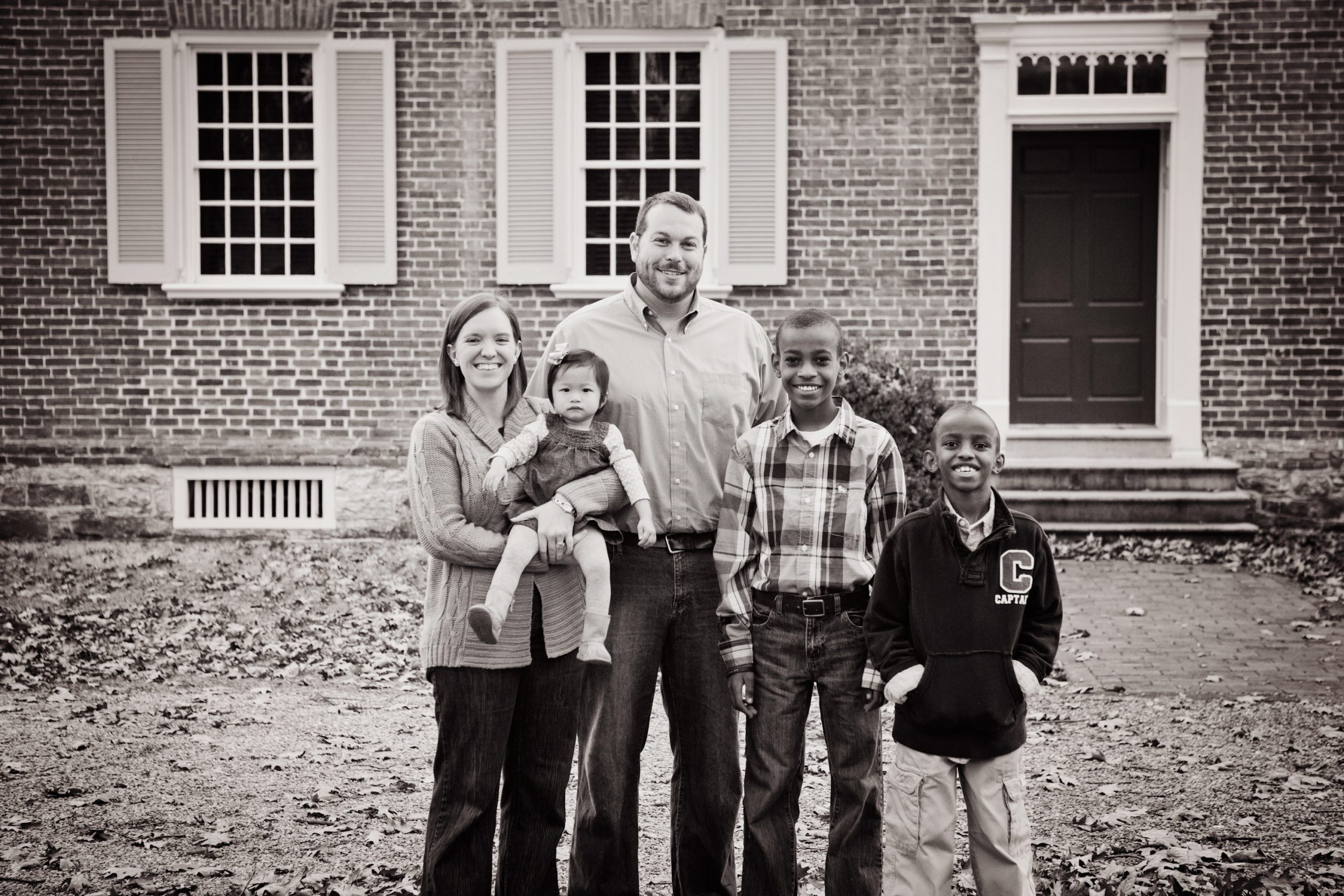