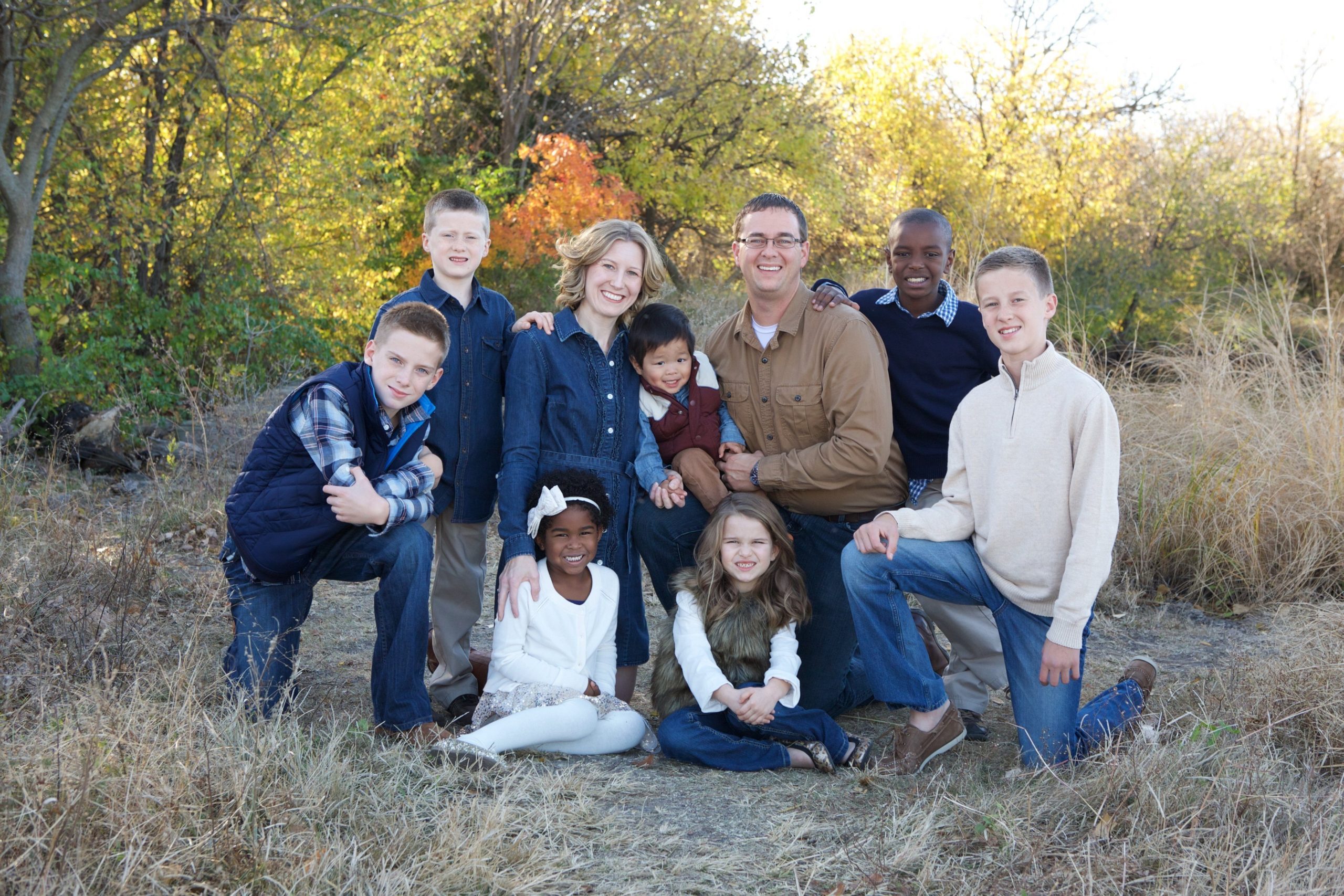 Our adoption story began many years ago, when we were a young married couple. In the midst of medical school for Aaron and my first year of teaching, we spent every Tuesday night in our state’s foster/adopt course while not even attempting to conceive ourselves. God had united our hearts in adoption and we felt He was tugging us to do something. Shortly after completing that course, we became pregnant with our first son. And, only two years later, we were blessed with our second son. Throughout this time, God continued to bring adoption to the forefront of our minds.

When our second son was one year old, we begin to pray fervently about adopting. After MUCH prayer and biblical counsel, we decided to pursue adoption in Ethiopia. Only six months after filling out our application, we arrived in country and held our precious son in our arms for the first time. There are no words to describe the surreal feeling of this experience. For me, it was AMAZING and truly matched the moment when a newborn baby was slipped into my arms. From the moment we touched down in our hometown, this little guy was embraced by all of our friends and family. Any concern we might have had about him not being accepted as our own son was immediately vanquished.

Two years later, we gave birth to another handsome son. If you’ve already lost count, that’s four. We said we were finished. We’ve learned (spoiler alert . . . 3 kids later) not to tell God we are finished. Once again, our hearts were led to adoption, this time domestically. After a heart wrenching loss of an adoption (yet how glorious for a birth mom to choose to parent if she’s able), we received the call that a precious baby girl had been born and there were no adoptive parents. Less than 24 hours later, this beautiful baby girl was in our arms. She immediately stole our hearts in a way I cannot describe.

We tease that it is easier for us to decide to adopt a child than it is to move or change jobs. I guess for us, when faced with a child that is without a family, that decision doesn’t seem so hard.

While we were adopting our little girl, we heard the story of another 2-year-old girl who was placed for adoption when her birth mom was no longer able to care for her. One short month after being home with our newborn daughter, we went back for her, too. God intertwined these two girls—sisters at heart. Adopting two children through a private agency was definitely a concern financially, yet God provided in truly miraculous ways. We would be dishonest if we said that wasn’t a hard year; both physically and emotionally, it was very taxing. We now had six children eight years old and under. We were brought to our knees and brought to a deeper relationship with our Savior. But, we made it and our family wouldn’t feel complete without any one of these kiddos, and our faith is stronger because of it.

Four years after adopting our girls, God began pressing in on our hearts once more. We attended the CAFO (Christian Alliance For Orphans) conference and learned that there were great needs in adopting in our own states, as well as, with special needs children worldwide. In our state, due to our family size, adoption was not an option. We began looking on Lifeline’s special needs website. We came across a picture of a little boy with club feet. We immediately requested more information, as my husband also was born with a club foot and has experienced all that comes with its treatment and healing.

After many hours of prayer, we said yes to this little guy. Throughout the entire process the Lifeline staff was amazing. They were always there to answer questions (sometimes even after business hours) and consistently checked in with us. Nine months after saying yes to this sweet boy, we walked into the Office of Civil Affairs in Zhengzhou, China and met our son for the first time. Those who see pictures comment on the radiant joy they see in us as we embrace Malakai . . . this little boy we’d been praying for, who seamlessly melted into family.

After seven months of being home, Malakai, 3, has now completed all of his club foot casts and surgeries and only has to wear his special footwear at night. He is learning to put one foot in front of the other and walk for the very first time in his very first pair of shoes. Malakai brings a remarkable amount of joy to our family, and I cannot imagine a single day without him. Every time that he sings with great gusto “Jesus loves me,” we are reminded that he will now know that Jesus loves him every day of his life.

God only knows what’s in store for our family. People often ask us if we will adopt again. I’ve learned my lesson on saying we are finished. God has a way of working on our hearts in the most unexpected ways.

Written by: The Sinclairs, a Lifeline Alumni Family.